Today, we’re going to talk about the best veg to use in your shepherd’s pie.

If you’re looking for a way to make your Shepherd’s Pie taste more delicious, why not try adding some new veggies?

When you think of Shepherd’s Pie, you probably think of potatoes and meat.

But there’s no reason why you can’t mix it up with some other veggies.

And if you’re looking for a way to add some nutrients and flavor to your shepherd’s pie without changing up the classic recipe too much, these 18 vegetables are perfect for the job.

But first, what veg goes well in shepherd’s pie?

The best vegetables to mix into shepherd’s pie are peas, corn, and carrots. Just make sure to cook them until they’re soft enough to mash into the potatoes.

The reason these three vegetables work so well is because they have a neutral flavor that won’t overpower the rest of your dish. They also add protein and fiber as well as vitamins.

The 18 Best Vegetables to Use in Your Shepherd’s Pie

Here are 18 of our favorite vegetables that can be used in your shepherd’s pies:

Bell peppers are one of those veggies that can be used in just about any dish, but especially in a shepherd’s pie.

They’re mild enough to not overwhelm the flavor of the meat, but they still add some nice color and a little bit of crunch.

Mushrooms are also a great addition to your shepherd’s pie.

The earthy flavor of mushrooms is a great complement to the potatoes and ground beef.

Plus, they absorb all the delicious juices from the ingredients and make everything taste even better.

Carrot slices add color and sweetness to any shepherd’s pie recipe, so don’t forget to add them!

You can use whole baby carrots if you want something even easier than slicing up regular carrots yourself; just make sure not to overcook them or else they’ll lose their vibrant orange color and become mushy instead!

Cauliflower is a great option for your shepherd’s pie because it holds up well in the oven and absorbs flavors really well.

It also has a low-calorie count, which makes it a good choice if you’re trying to cut down on your overall intake.

Broccoli florets are also a great addition because they add color and flavor without adding much else (like calories or fat).

They’ll also help thicken up your gravy since they’re so high in fiber content!

Zucchini squash is a great option because it’s hearty and has a mild flavor.

You can use it to replace some of the potatoes you might have used in your recipe, or you can add it to the dish as a side vegetable.

Either way, it adds some much-needed bulk to the dish.

Asparagus spears are also a great choice for your savory pie because they have a similar flavor profile to green peas or corn, which are often used as fillings for pies.

They’ll give your dish some color and depth without making it seem too heavy or savory.

Adding these to your favorite filling will give it a nice crunch and a little zing.

Try adding them raw—they’ll get caramelized in the oven and taste amazing!

These can be added to any veggie filling, but they’re especially good when mixed with potatoes or other root vegetables.

They’ll add color and texture to your dish, plus they’re super easy to cut!

Cabbage is one of those veggies that doesn’t get used very often in meals, but it really adds a lot of flavor and texture to shepherd’s pie.

It can be added raw or cooked (we recommend sautéing it until tender with some butter or oil), and has a great crunchy texture when cooked.

You can add green cabbage, red cabbage, or savoy cabbage—they all work well! Just leave out any extra green parts like stems if they’re not included in your recipe.

This one might seem like an obvious choice at first glance, but did you know that peas are actually quite versatile?

They can be used in soups as well as other dishes like salads or tacos—and they make a great addition to this dish too!

Spinach is a great option because it’s so versatile, and it pairs well with eggs.

You can throw some into the potatoes while they’re cooking, or just use it in place of the meat.

The texture is really similar to ground beef—it will give your pie a similar mouthfeel without all the saturated fat.

Tomatoes are also an awesome addition to shepherd’s pie because they add a wonderful flavor, but they also have a lot of nutritional value for what you’re getting out of them.

They’re full of antioxidants and other nutrients that help keep your body healthy and strong!

Turnips are a root vegetable that can be grown easily in your backyard or bought at the store.

They’re often used in soups and stews because they have a sweet flavor.

They’re also very low in calories and high in fiber—so they’ll fill you up without making you feel heavy!

These veggies are very similar to turnips, but they have a slightly sweeter taste than their cousins do—and they’re even easier to grow!

Rutabagas are great for adding some sweetness without overpowering your dish with sugar or other sweeteners like honey or maple syrup; they also add nutrition without making it too heavy on one type of nutrient so that fat loss isn’t affected too much by adding something sweet like this!

Eggplants are a great way to add some bright color to your shepherd’s pie without adding too much flavor—they’re mild and neutral-tasting, so they won’t overpower the other ingredients in your meal or get in the way of their flavors.

Plus, eggplant is delicious!

Leeks are another mild vegetable that can help give your shepherd’s pie a boost of flavor without overpowering anything else on your plate.

They’re also great because they’re milder than onions, so they won’t make you cry while you’re eating them!

Lastly, if you’re feeling adventurous, try adding corn to your dish. It adds a nice pop of color and an interesting texture, and it pairs well with the other ingredients in this dish. 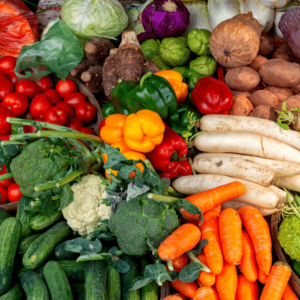 18 Best Vegetables to Use in Your Shepherd’s Pie

We've all been there: you're making a shepherd's pie and you have no idea what vegetables to use.To make it easy, here are our top 2 tips on choosing the best veggies for your pie:Tip #1: Choose a vegetable that pairs well with potatoes. Potatoes are the base of the shepherd's pie, so they'll be the star of the show.If you pick a vegetable that has a similar texture or taste as potatoes, like sweet potato or squash, that will help keep everything balanced and flavorful.Tip #2: Go for bright colors! Bright-colored veggies add visual appeal to your meal—and even more importantly, they can add flavor too! Just think about how carrots and spinach taste different from each other—each one carries its own unique flavor profile.The same goes for veggies like broccoli or cauliflower; they all have different flavors but work well together in this dish because they're so different from each other.
Print Recipe Pin Recipe
Prep Time 5 mins
Cook Time 10 mins
Total Time 15 mins
Course Main Course, Vegetables
Cuisine American
Servings 4 people
Calories 100 kcal